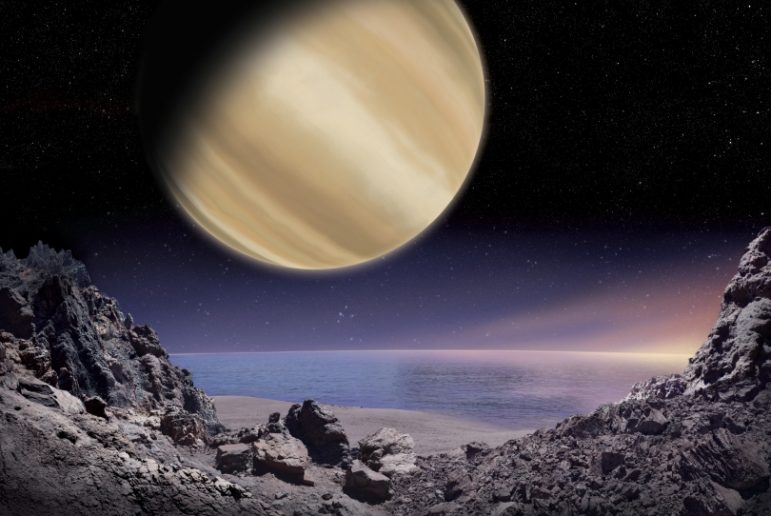 The star BD+14 4559 and its planet discovered by a team of scientists from the Nicolaus Copernicus University in Toruń have their official names: Solaris and Pirx.

On December 17th, the International Astronomical Union announced the results of the competition for the Polish name of the star with its planet. The Polish name was given to the star BD+14 4559 and its planet. The planet was discovered in 2009 by a team led by Prof. Andrzej Niedzielski (Nicolaus Copernicus University), which also included dr. Grzegorz Nowak (now the Canary Islands Astrophysical Institute), dr. Monika Adamów (now the National Supercomputing Applications Centre, University of Illinois) and Prof. Aleksander Wolszczan (Pennsylvania State University).

The name chosen for the “Polish” star will be recorded in the catalogue of stars with their own names (currently there are 313 stars) and sky atlases. In this way, the star at which the team from the Nicolaus Copernicus University discovered the planet, will go down in history just like other stars with their own names (e.g. Vega or Sirius). The ” Polish” planet will be added to the 31 other planets that were named in 2015.

The competition was held in nearly 100 countries around the world (the Polish edition: www.iau100.pl/planety) as part of the ExoWorlds project and the celebrations of the 100th anniversary of the International Astronomical Union. In each country participating in this project, a pair of names for the star and the planet around it was chosen by voting. In Poland, in the first stage, more than 2800 proposals of name pairs were submitted, from which the Competition Committee chose 7 pairs (Geralt and Ciri, Jantar and Wolin, Piast and Lech, Polon and Rad, Solaris and Pirx, Swarog and Weles, Twardowski and Boruta). The online vote with the participation of nearly 90000 was held until October 31st. Finally, the name was chosen by the IAU from three proposals put forward by the Polish Committee.

– Pirx we discovered is a so-called gas giant, similar in size to our Jupiter, but a little more massive – explains Prof. Niedzielski. – It revolves around its star in an orbit similar to that of Venus in the Solar System, but elliptical, slightly elongated, and circulates in a single cycle in 269 days. The observations we gathered 10 years ago suggest the existence of a second planet in this system, but it has not yet been found.

Original publication with a report of the discovery of the planet

Visualisation of the planet