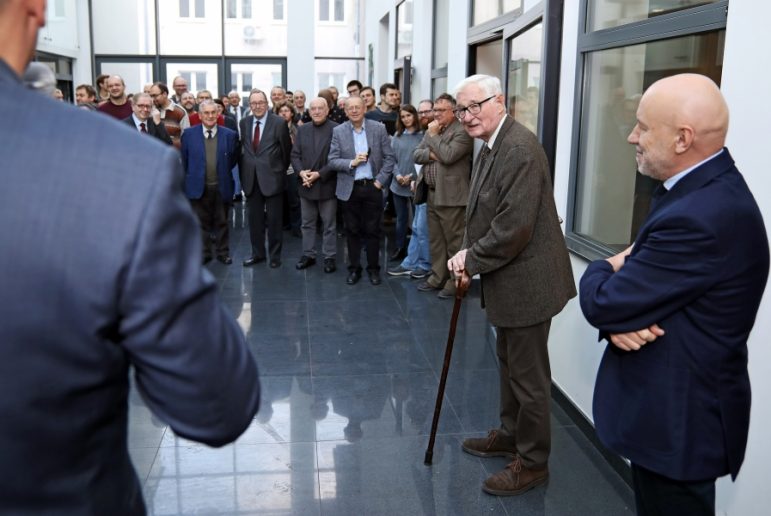 Prof. Dr. Andrzej Kossakowski from the NCU Faculty of Physics, Astronomy and Informatics was awarded the Prize of the Foundation for Polish Science, considered the most important scientific distinction in the country.

The Prizes of the Foundation for Polish Science called the Polish Nobels, have been awarded since 1992 for outstanding achievements and scientific discoveries that push the boundaries of cognition and open new cognitive perspectives, make an outstanding contribution to the civilizational and cultural progress of our country and provide Poland with a significant place in undertaking the most ambitious challenges of today’s world.
Prof. dr habil. Andrzej Kossakowski received an award in the field of mathematical-physical and engineering sciences for developing the theory of open quantum systems. This theory forms the basis for an intensively developing scientific field – quantum theory of information.
Apart from the scientist from the Nicolaus Copernicus University, this year’s laureates of the FPS Prize are: Prof. Marcin Drąg from the Faculty of Chemistry of the Wrocław University of Technology and Prof. Andrzej Wiśniewski from the Faculty of Psychology and Cognitive Science of the Adam Mickiewicz University in Poznań.
The award ceremony will take place on 4 December at the Royal Castle in Warsaw.