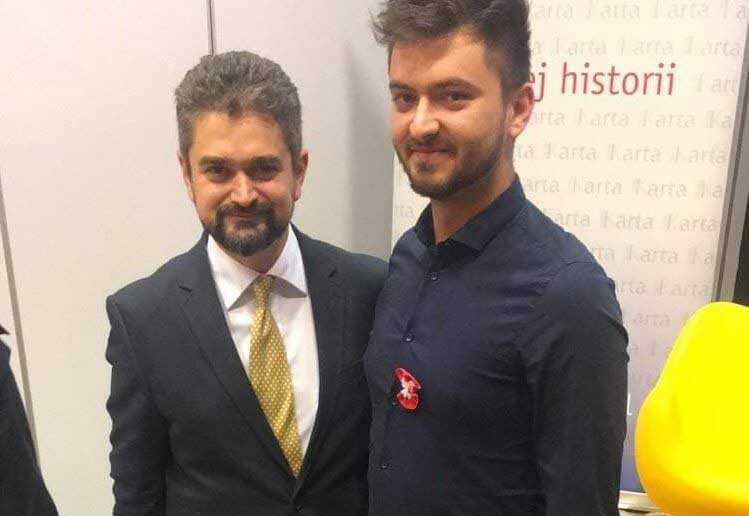 It all started 3 years ago, in 2015, when I applied for a volunteering project in Krakow. I got accepted and I spent 1 month in Krakow and 2 weeks in Tarnow having classes with children from 1st to 12th grade. There I had my first interaction with Polish and their culture. I really enjoyed my time there. Krakow gave me the feeling of being in a western city while I was still in a former communist country. The city itself is amazing, full of history and open-minded people. In the same time I still had this feeling of beeing familiar with the town, and felt like at home. In my time spent there I managed to make a small 4-day trip to Vienna and I was amazed by the beauty and history of the city as well, but it wasn’t the same feeling I had in Krakow, I have actually no idea how to explain this to be fair.

After I came back to my hometown all I wanted was to go back again to Poland and that thing happened in 2017 when I went with an Erasmus+ opportunity in Torun, in an internship at Nicolaus Copernicus University. I’ve spent 9 months in total in Torun and I could say without hesitation that this was the best period of my life. I really enjoyed the city, the Erasmus people and my colleagues from the rectorat building and this period of time convinced me to move here for good.

While I was in Torun and making plans for the future, I’ve met a Romanian girl living in France. She applied for the three month summer internship at the Romanian Embassy in France after she came back from Torun. I already knew another girl from my hometown who spent her Erasmus in Warsaw and then started internship in Romanian Embassy in Poland . I decided to try this as well; I applied and got accepted.

Now I am in Warsaw doing this internship. For 3 months I will translate documents and announcements from Romanian to English and I will write articles about how Romania is viewed in the Polish media and I also attend different cultural events that are related to Romania. Like this book release where I could meet the former Minister of Culture in Romania, Theodor Paleologu. The released book is called “The latin island” and captures moments of the Romanian societies in 20th and 21st centuries. I was always fascinated by this unique situation that we have as Romanians, to be surrounded by Slavic people (And Hungarians) and yet for 2000 years to still speak a latin language yet the Slavic elements give us this exotic feeling. When I was walking on the streets in Krakow, Torun or even here in Warsaw and I hear people speaking Polish sometimes I hear a word or two that sound exactly like in Romanian and I really like this feeling.

How to make the best memories on your Erasmus in Torun